Skip to content
I woke up this morning and was scrolling Instagram feed and suddenly I saw #OnePlus post. I was so amazed that they sold devices and collected a whopping 100 Crores in just 10 minutes of the first online sale on Amazon.
I paused for a minute, and thought 100 Crores is really a big number, isn’t it? I went to their official site to look at this device which is called OnePlus 6. At the moment I visited the site, I just loved the first look and impressions it had on me. The curve said it all with the top small notch which is just going trendy in 2018. Secondly, the back of the device looks Glass with those beautiful Dual Camera setup. This is old, but the thing it struck me is their Midnight Black colour. I was like, Oh My Goodness. It is all glass at the back but it looks, Matte. The glass that actually doesn’t shine and looks pure Matte is something adorable.

Enough expressions, let me show you a picture of those Matte Black Glass Look on OnePlus 6. A picture is better than 1000 words. 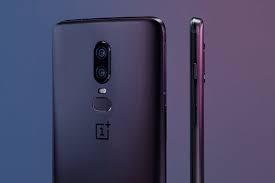 Can you say that it is Glass at the back? Nope right. It is coated to make it look like those awesome Matte Finished look. I’m impressed I must say.

I saw even Samsung Bragging OnePlus 6 Speed on Google Adwords while advertising the offer on Samsung Galaxy S8. They made an Adwords Ad, just like this!

Why Settle for Just Speed? Get Samsung Galaxy S8 at Just X Rupees!

It is funny, I mean they are just amazing mocking other Phones and doing their advertisement as well. They also mock their own greatest competitor that is Apple iPhones.

Samsung got no chill, anyway I think they are dumb too as the OnePlus 6 is one of the beautifully crafted phones and not just speed it got. They just got a new Slogan for it. #TheSpeedYouNeed.

To be honest, let me tell you or just imagine its speed. The slogan is not kidding here, it is actually the truth. Let’s have a look at its specifications.

The notch is beautiful, and also looks amazing as its smaller than other Smartphone especially when you compare it with iPhone X notch. However, all sensors are detached. It got a Camera and that little piece of Speaker up there. The Display looks soothing as it got 6.28″ of  Optic AMOLED. This display must be a lot crispier and sharp. Not to mention, it is 19:9 Ratio and is protected by Corning’s Gorilla Glass 5. Tough enough to handle regular falls that happen accidentally. 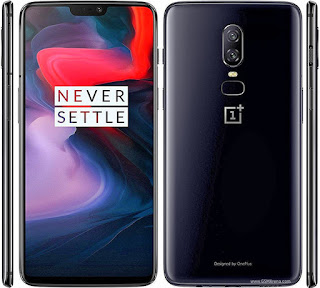 Where do you think all that speed comes from in OnePlus 6? Don’t worry, I will tell you. The OnePlus 6 comes with SnapDragon 845, an Octa-Core Processor of which 4 Cores runs at 2.8GHz and other 4 at 1.7GHz. The GPU is Adreno 630 that powers and runs all the high-end games on the device. That is where all speed rushes in. But, to increase the stability and multitasking lags they come up with 6GB RAM for 64GB model and whopping 8GB for 128/256GB model. It helps them achieving soothing & liquid experience even on hardcore use. Secondly, they have customized Android 8.1 (Oreo) with Oxygen OS on top. It also plays some part in giving those speeds.

Photography? A passion or a hobby? It doesn’t matter. Fire the camera and always get those best shot ever possible. It hoses a Dual 16MP+20MP cameras at the back in which one is used as depth sensing thing. Both are provided by Sony. Less aperture of 1.7 and bigger 1.22 Micro Pixels that can grab enough lighter pixels to make your photo amazing and real. It also comes with Gyro-Electronic Stabilisation and Optical Image Stabilisation. This will definitely produce amazing videos without a shake. Slow motion videos are also not to be worried about, you can capture them at 480fps @ 720p at last. Impressed? You should be.

Well to be honest here, I think it should be a little more according to the specifications it got. It just got 3300 MAh of battery capacity. Keeping aside, the processor which is power efficient up to some extent but the screen is really big despite AMOLED & I think battery life can be a downside. However, I must say it will manage you a full day in that battery capacity. I will update it in detail when I get hands on this device. The upside is here too, guess what? Their Dash Charging never let us down. It gives plenty of hours in 15 min charge.

None of the device so far with these specs on board have the price that OnePlus 6 is priced at. It is officially priced at ₹34,999/$529 for 64GB model. Good deal here. You can always grab the brand new OnePlus 6 from Amazon right away if you’re living in India and also get around 20% off on SBI Credit & Debit cards!
Overall Rating:
I would definitely love to give 10, but it had to be done honestly, as not every phone is perfect. Everything has its pros and cons! My rating is 9.5 to be accurate. Yes, I would settle for just speed. Cheers!
If you’re reading this, then let me know your ratings about this OnePlus 6 in the comments box down below.
Spread the love, share this new Smartphone with your friends and family.
#TheSpeedYouNeed